Of course, it wasn’t too long before a “Movies” scrapbook got started.

It was  mainly for movies about Greece and Rome, and I combed the magazine stands for movie magazines with reviews on anything new in the genre.

Today, things haven’t really changed.  The Internet is a wonderful medium for making “scrapbooks”, and we create them all the time – be it in blogs or static websites, with photos, artwork or videos.  It’s really great to catch up legitimately with an old hobby in a new format – without feeling ‘wussy’ !

And naturally, there had to be more artworks … 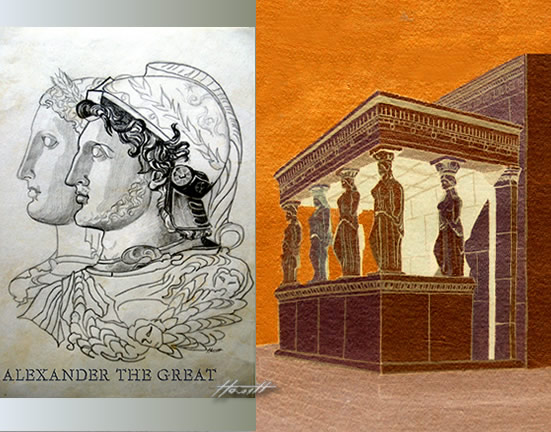 The Masters of Greek Vase Painting

The other thing I frequently go back to in wonderment is Greek vase painting. I love the limited palettes, the brilliant composition, the strong but sensitive lines.  These artists were indeed masters: 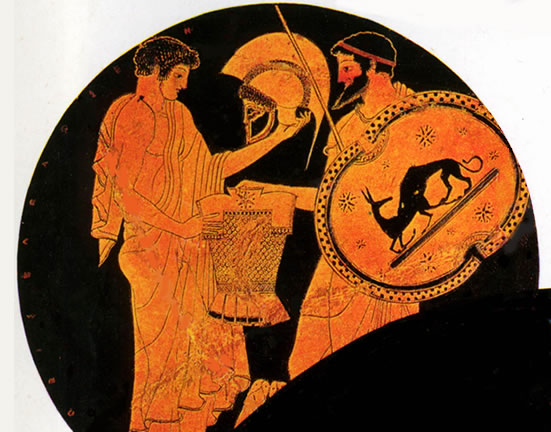 And a little tribute of mine:

But the Greek Vase painters didn’t have it all on their own – more next time!

“The journey of a thousand miles begins with just one step.”

True: but journeys don’t only have beginnings – they have roots.  Physical and spiritual roots that reach back through the generations standing behind us.  It’s scary to contemplate at times.

We accept readily enough that our immediate physical world operates by cause and effect. No-one has the slightest difficulty in understanding that if they jump off a building they will hit the ground.  What we do have trouble with is recognizing that same law operates on a spiritual level as well, both for individuals and generationally –  “visiting the iniquity of the fathers upon the children unto the third and fourth generation.”  Hummmm. Food for thought.

My father, Kenneth Methuen Howitt, was the source of my artistic journey.  Its roots lay on his side of my family.  Regimental Sergeant Major of the 1st Battalion Scots Guards, with an army career spanning 24 years, he had an amazing artistic talent operating around the sidelines of a busy working life.  As I’ll explain later, he nurtured in me the talents I got from him, and though he never had time to be a serious ‘painter’, he produced great sculpture with seemingly little effort.

He organized and ran some stunning Charity Balls for the Guards in London – with Royalty counted amongst the guests. He thought big, and produced the results to go with it: everything had to be right and to look great – and some of that at least rubbed off on me.

He was exceptional in the skills of training and handling men – which may have saved his life more than once.  One time, in April/May 1940 contingents from the Scots Guards were sent on the ill-fated Allied invasion of Norway.   My mother often told the story of going down to visit him in London and arriving at the barracks late at night to find – unexpectedly – the troops lined up on the square ready to move off for Norway.  One can only imagine her state of mind as she waited at the barracks gate while one of the sentries went to find her husband.

When he finally came, it was with the news that he was not going to Norway – he had been promoted and held behind to carry on with training the troops.  Thank goodness – as I child I can remember being told many men were lost in the Norway Invasion.  Wikipedia states “The British lost 1,869 killed, wounded and missing on land and approximately 2,500 at sea.”

Years later when we moved up to Aberdeen, my dad was seconded to run  to run the Aberdeen University Training Corps under Lt  Colonel Thomas Broun Smith, QC – training potential army officers from the ranks of the students at Aberdeen University.  He was later commissioned into the Gordon Highlanders, wearing the kilt and continuing to conduct training maneuvers in the Highlands of Scotland – with the same outstanding qualities of character.

I still have his Regular Army Certificate of Service – a small, slim, red book that details every step of his army career.  The Final Assessment of Conduct and Character, completed personally in the handwriting of his Commanding Officer, Lt  Colonel Tom B Smith, was “Exemplary”.

An Artist’s Journeys in Nature 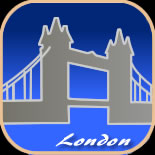 I need to start this journey – and it must be called a journey, as you will see – far away from the wilds of New Zealand.

It begins in the City of London, right in Regents Street.  It was there in one of the greatest and busiest cities of the world that a very small girl found her favorite haunt on the top floor of a wonderful toy shop – was it Hamleys or Gammages?

My mom, dad and I were living in Chelsea Barracks close to the Thames and Big Ben. Even as a small child I got used to looking for the light on top of Big Ben that showed Parliament was sitting.

We were part way through a whirlwind of army life.  I realized later at the age of 16 I had lived in 16 different houses scattered through the country in towns as far apart as Derby, Caterham, Aldershot, Windsor, London and Aberdeen.

What I didn’t know then was that much more travel was to follow.

In fact, it was some years before it dawned on me that travel was (and still is) the always recurring theme in my dreams. Whatever else appears In my sleep, I am usually going somewhere, traveling along a road or trying to find my way…   Journeying.

Back to Model Railways. We used to frequent both Hamleys and Gammages.  In all of those enormous stores, with all their floors and dazzling displays of toys, my favorite place was right up on the mezzanine under the roof where the toy trains lived in – I think it was Gammages.  Strange that it wasn’t the dolls departments – or even the teddy bears.  I much preferred teddy bears to dolls, which I didn’t have much time for.  But no, it wasn’t even the teddy bear department that drew me like a magnet.  It was the model trains.

I could have stayed for hours – and probably did – watching the trains come and go, walking around the huge oval model railway display that circled right round the balustrade of the mezzanine floor.  In and out of the little stations they clattered, along the winding tracks, through the tunnels in the hilly landscape.  YES – those hills: for some unexplained reason, they had a fascination for me.  Gammages’ train tracks were beautifully landscaped and I was fascinated by the green, paper mache sculptured landforms that made the journeys of those little trains such a joy to watch.

I always wanted a train set.  I never got one, and in all truth if I had, it would probably have been a disappointment. Without all those wonderful hills and tunnels, I doubt that it would have really satisfied.

My dad with his artistic skills could have made a landscape for me – if he had the time.  I remember an indoor target range he made for the London Scottish regiment with a green landscape made of plywood flats where tanks and other targets appeared and disappeared, running on hidden rails between the hills – quite like the trains, in fact. The night he took me to see that still sticks in my memory.

I was a city girl, born into a Brigade of Guards family, used to living in barracks around London and Windsor and used to hearing my father drilling troops on the square daily.   The only hills I had seen were on train journeys between Derby and London – visiting my dad before we moved up to London to live with him in barracks – and of course at Gammages. Now, I am a lover of steam railways and vintage British Rail Posters.

Then when I was 8 we moved from London to Aberdeen, living initially in a suburb on the edge of town and later moving to the village of Peterculter, on the Deeside road to Balmoral.  There I had my first encounter with cows – right over the fence of the small house we lived in. The hills didn’t make any great impression though – that was to come later.

The Artist Under the Hood

I guess this Blog in itself is pretty much a description of a life’s journey – but with a purpose.

Briefly, I was born an Army child in Derby, England, traveled about, and now live in New Zealand.  Having trained and worked as a lawyer, I’m at last refocusing my life on what I’ve been secretly doing all along – art.

The journey so far has taken me from England to Scotland, to Africa, and now New Zealand.  Through it all, art underpinned and sustained me through a heap of stuff – I’ve been grateful for that.

Now, this exercise of putting down on ‘cyberpaper’ the journey that brought me to where I am as a person and an artist is helping me rediscover myself after ‘losing’ ten years of my life caring for my elderly mom with Alzheimers.  I’ve come away with no regrets for giving that time, and at last it is being returned to me.  Here, if you care to check out some of the struggles of being a carer, is my account of the process written while in the thick of it – The Alzheimers Carer.

This blog is in a sense its own fulfilment, though like my art it does have a definite message of love and respect for our wonderful planet and the creatures that inhabit it with us – we have severely misused both.

If anyone cares to join me in this journey, I shall be truly honored.  For my main Home Page that links and knits together all my websites, click HERE.

For a time warp journey to my last project, visit Taketakerau.com which features the 36 major paintings I created for a recently-published book about the nature and history of New Zealand.

Showcasing the Paintings, Sculpture and Jewelry of a multi-talented New Zealander with a love of nature and a background in – of all things – the law. 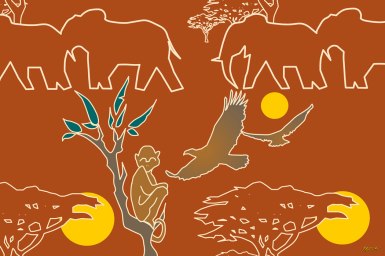 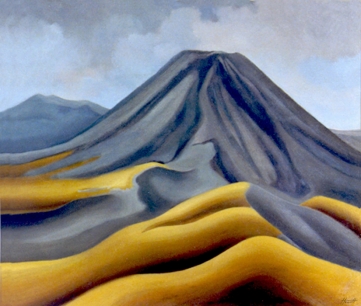 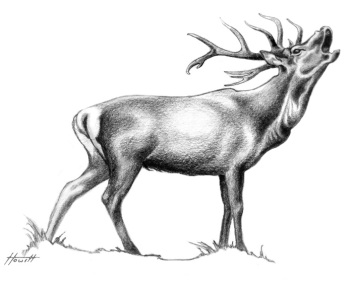 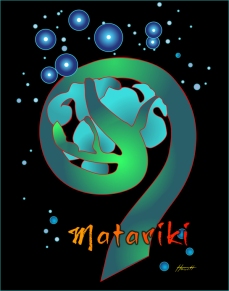 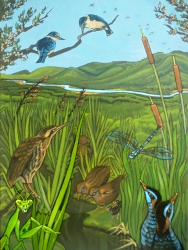 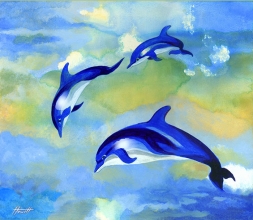 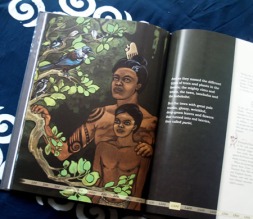 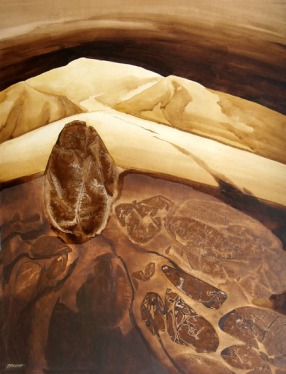 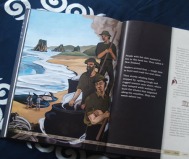 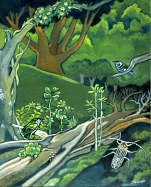 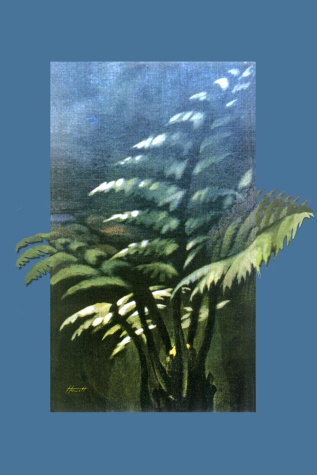 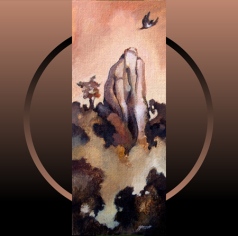 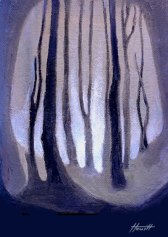 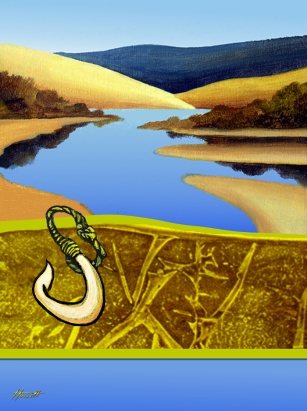