This artwork is built around a sculpture I made some years ago as part of a set of 4 pieces symbolizing ‘The Elements’, seen in the New Zealand context.

Fire is symbolized by the volcano, and water is ubiquitous in Aotearoa, the Land Of The Long White Cloud.

Fire and water of course do not mix, and some especially spectacular results occur when volcanic magma and gases are released under the sea. This is exactly what is predicted to occur when the next eruption takes place in our largest city, Auckland – a narrow peninsula riddled with approx 53 volcanic vent holes.

In this regard, here is an interesting comment from NZ’s GeoNet:

“The type of volcanic activity in Auckland means each eruption has occurred at a new location; these are coming from a single active ‘hot spot’ of magma about 100 km below the city. … Auckland’s existing volcanoes are unlikely to become active again, but the Auckland Volcanic Field itself is young and still active.” 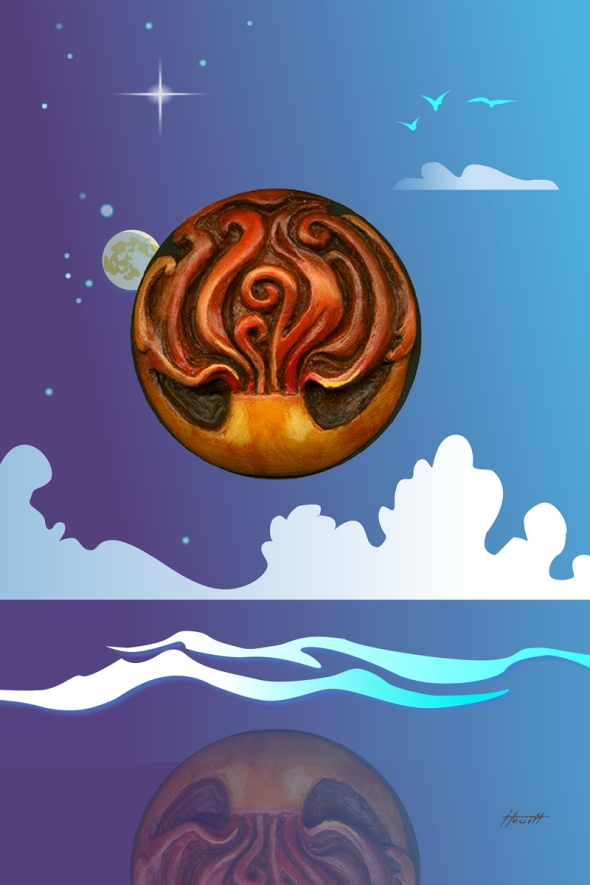 I’ve mentioned Mt Ngauruhoe a couple of times in the past.  It’s been one of my favorite mountains for some years – an elegant cinder cone on our Central North Island Plateau.

Mt Ngauruhoe is exciting not only for its beautiful shape and its snowy mantle in winter, but also for the fact that it’s still an active volcano and one used to be able to rely on there being a plume of steam coming out of its crater pretty much all of the time.

Not the case with Ruapehu (which erupted properly in 1995-6), and not the case with Tongariro, which proved itself to be still active in 2012, to everyone’s surprise – though it has hot springs and fumaroles on its flank.  Ngauruhoe, technically a vent of Mt Tongariro, kept everyone reminded that it was active.   It last erupted in 1973-75, and I see DOC advises people not to go down inside the outer crater to the smaller main vent, because there’s a danger of being overcome by fumes.  I would think so.

Ngauruhoe’s more recent claim to worldwide fame was its featuring in Peter Jackson’s ‘Lord Of The Rings’ movie series, with some digital manipulation, as Mount Doom.

A few weeks ago I sold one of my Ngauruhoe artworks on an iPhone case.  It’s one that has never sold before (the original was not for sale), so I was really pleased.  It’s a watercolor-style acrylic of the mountain, and like Peter Jackson, in the process of creation I think I manipulated it a bit – making the sides steeper than the actual 45deg slope of Ngauruhoe.  And maybe ‘the look’ is also because I slanted the profile of the crater rim…

Near Ngauruhoe are two small volcanic lakes – Tama Lakes – set in the tussock-covered, pockmarked saddle between Ruapehu and Ngauruhoe.  I was fortunate on one of my trips to the eastern (Rangipo) side of the plateau to pass by and capture a very cool mirror effect that the sides of these lakes make with the slope of the mountain above – if you are in absolutely the right position to see it – and I was.

I took photos and the image has stayed with me for years.  Some of these very brief visions never leave us – they root deep down in our consciousness and quite literally become part of who we are, I think.  A bit like the Harrier Hawk episode.  As I mentioned before, this whole Central North Island Plateau has a huge pull on me: it’s almost uncanny.

Acrylic on paper.  For more information about the work, click on the images.

Spirit of the Volcano

Thought by way of a change, I’d add a painting I’ve just put up in my store on Society6.

This was inspired by New Zealand’s magnificent Central North Island Plateau (National Park as we call it) – the location for 3 volcanoes, 2 of them active.  Note: Mount Tongariro has proved me wrong on this, with a series of recent eruptions – Yay!   The ‘inactive’ volcano – Mount Tongariro – has so many blown-out craters, it’s probably more like a bunch of volcanoes in its own right.

If you saw the “Lord of The Rings” series, one of our active volcanoes on this plateau – Mt Ngauruohoe – was featured as Mt Doom.

Ngauruhoe is actually a beautiful, symmetrical cone, regarded as a female in Maori tradition, and she looks anything but ‘doomful’ under normal conditions.  She does, however, tend to have a plume of steam arising from her crater quite often – a sign that she is by no means as sweet-natured as she may look.

Anyway, the inspiration for this small ACEO painting was Mt Tongariro doing its undoubted best.  Click on the image for larger size and more details … 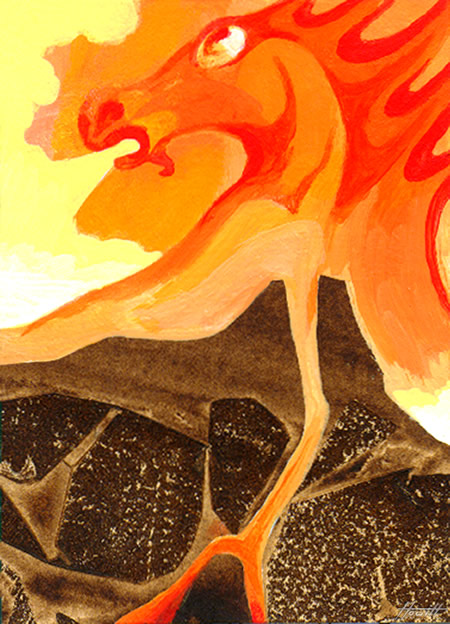 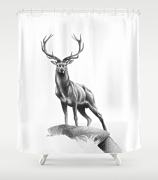 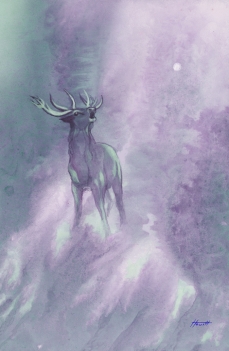 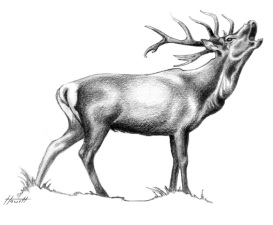 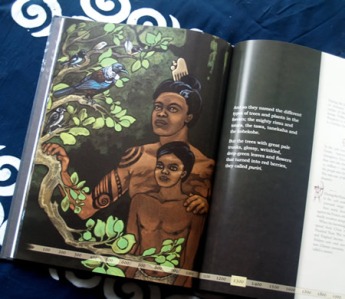 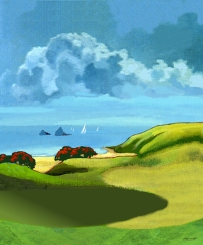 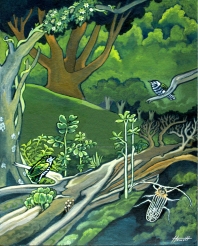 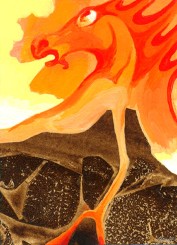 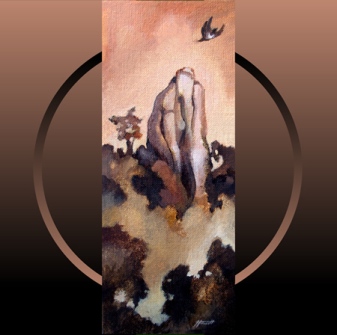 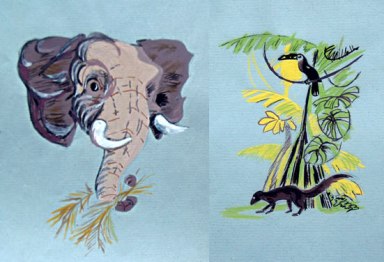 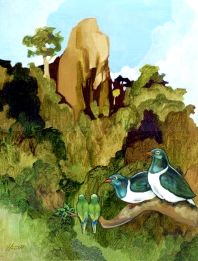 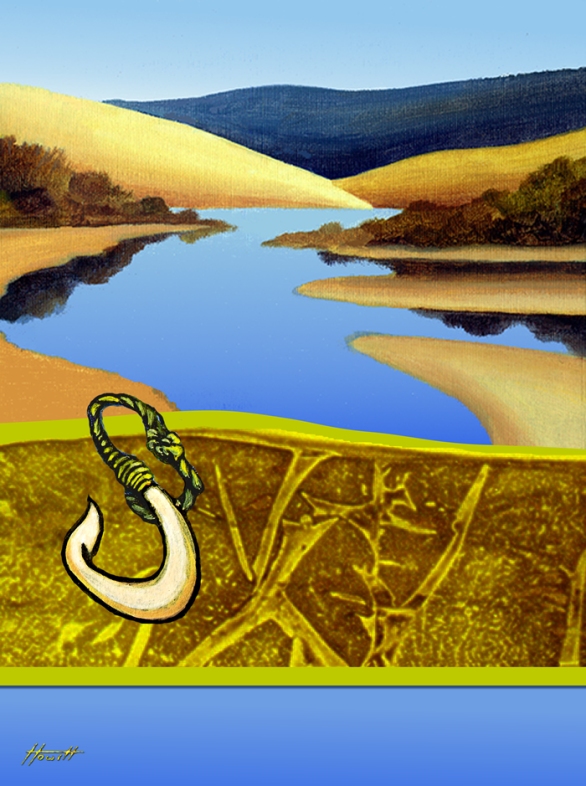